David Theoret has been in the golf and golf travel industry for over 20 years, writing golf articles and helping golf courses and resorts reach new clients. 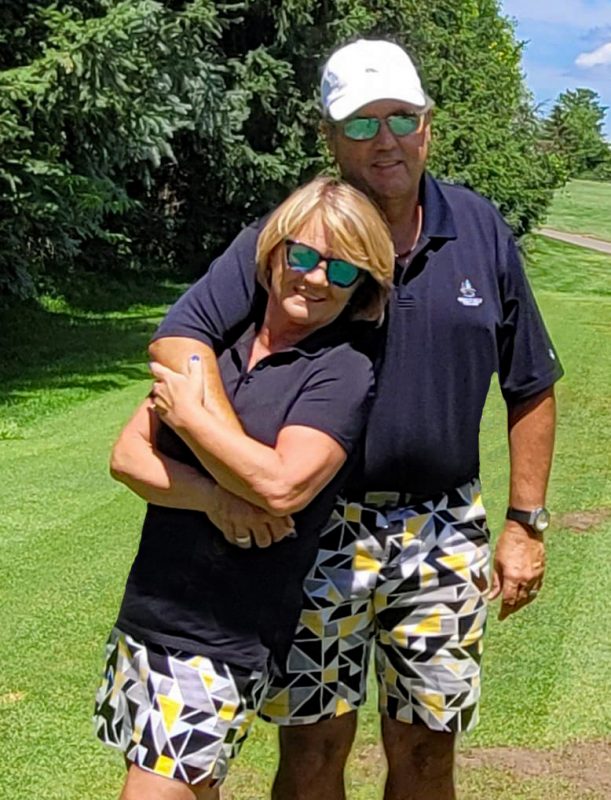 His writing endeavors include reviewing golf courses, resorts, destinations, equipment, golf apparel, and training aids – the latter of which never seems to help. What started as a dream years ago, by God’s grace, became a reality in 2015 when The Golfin’ Guy editorial marketing company was founded. Working together with golf course designer Ron Garl; David’s articles and reviews have been published on many golf travel, equipment, and apparel websites. 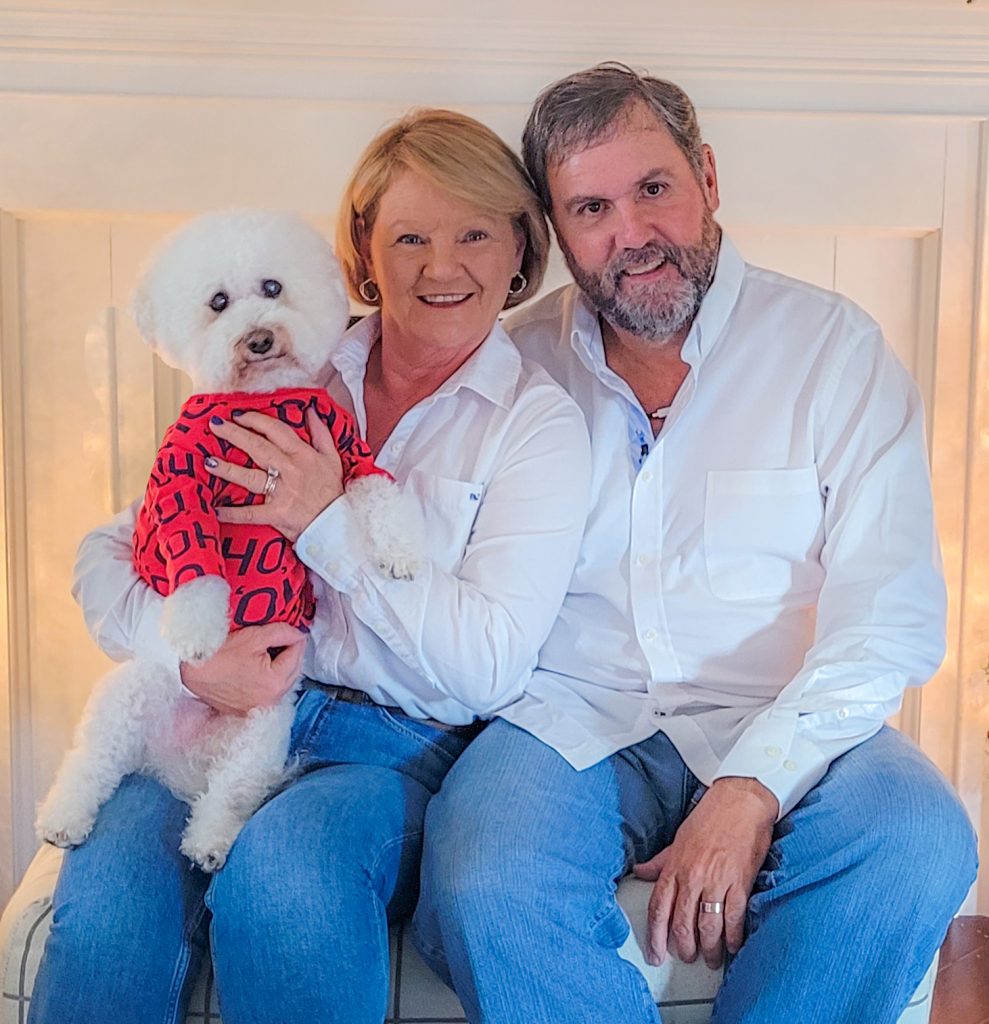 Growing up in Southwestern Ontario, Canada, it was naturally assumed he would play hockey. Beginning at the age of 3 and continuing into his late 30’s, he did just that. However, after one too many pucks to the head, he realized that golf was a lot easier on the body (whoever said hockey players were slow) and took the game up.

After moving to Florida and accepting a position with TravelGolf Media (now part of GolfNow) his love for the game grew exponentially. Most Saturdays you will find him on a course somewhere in Tennessee or on the practice range reinforcing his bad habits. David plays to a 10 handicap – unless there is money involved in which case it goes considerably higher. He currently resides in Crossville, TN with his wife Belinda and their “white fuzzy kid” Louie Jack (Bichon Frise).

Belinda has been with the Golfin Guy since it was just a thought in her husband David’s head several years ago. Her love for 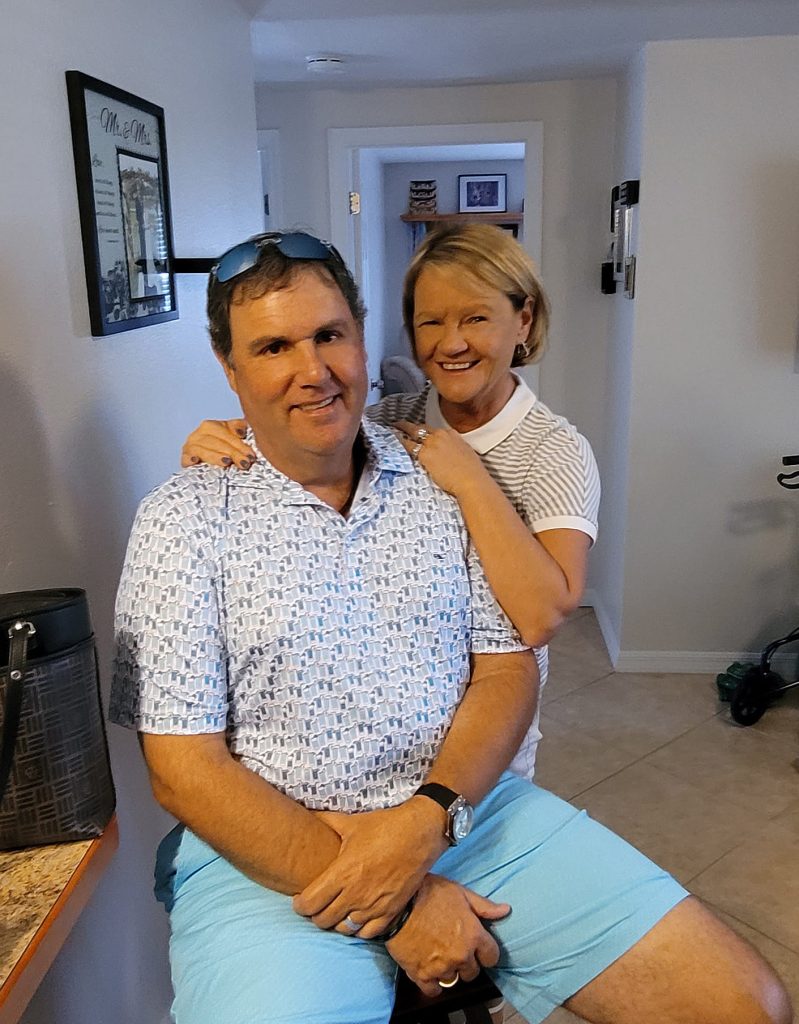 photography began well before they met, in a small studio in Dayton, Ohio, where she was a somewhat sought after wedding photographer. By teaming up with David on this adventure, she brings a much needed keen eye to all of the reviews. He writes; she takes pictures! But her skills don’t end there. Her knowledge of the social media networks is uncanny – she has the ability to get things noticed. Belinda has logged many hours on social media sites, blogging, posting and tweeting; so much so that she has been dubbed The Golfin’ Guy’s Social Media Guru.

Belinda is a retired competitive cheerleading coach; and a non-golfer. While hubby shoots 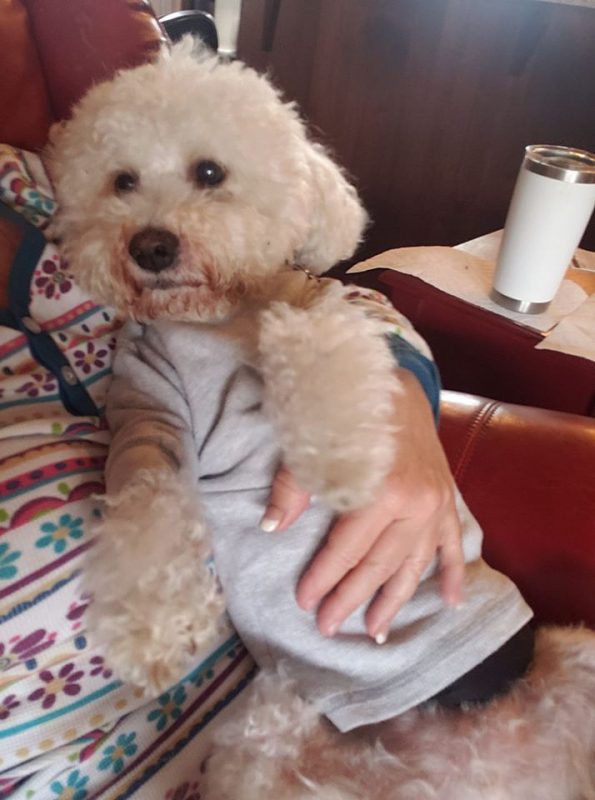 for birdies on the course, she and her camera are shooting everything else that makes the course. She’s a devoted and tireless Tampa Bay Lightning fan and enjoys spending time with our bichon, Louie. Having traveled in full time ministry for years, other personal interests include the love of Gospel music and singing. After nearly 18 years of marriage to David (The Golfin Guy) she has come to realize that God’s plan for their lives just keeps getting better and better. Have a question for The Golfin’ Guy?  Reach out to us at Thegolfinguy@gmail.com